Sony Pictures is releasing their new film COLOMBIANA on August 26 2011 and Haitian filmmaker Ralph Figaro is screaming "copyright infringement." According to the Haitian filmmaker, he submitted a script with the same exact title to Triumph Pictures, a subsidiary of Sony Pictures. 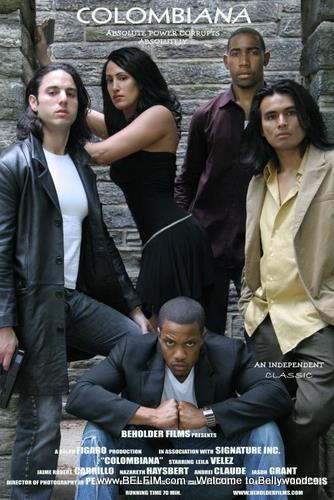 Here is a part of an email Belfim.com received from Filmmaker Ralph Figaro:

I was in shock this week upon watching TV and seeing the preview of a new SONY/ TRISTAR Pictures movie, COLOMBIANA, due out on the 26th of this month!

To make this long story very short, it goes something like this:

I wrote a script in 2006; I produced the very low to no budget film at the end of that year, turning it into a short film. The following year, I was contacted by some guy who saw the trailer and was interested in turning the project into a full length feature.

At the time, I was struggling financially, and was ecstatic about the prospect of my film being funded and made into a feature. As good as I knew the script was, given the chance, I also knew this would bring my career into the mainstream spotlight! (In other words, I was striking gold on my first try!!!) However, months and years passed and this Dan Reilly guy, the Director of Development, (The one person that scripts goes to) at Triumph Pictures disappeared.

Now all of a sudden, I see this Blockbuster trailer with ZOE SELDANA in the lead role of COLOMBIANA, a film set in Bogota about a girl who grows up to become an assassin, seeking the Mob for revenge for the killing of her parents!!!! I could not help notice the similarities of the 2 films! Both set in New York and Colombia; the mobster theme, and the vengeance of her parents, whereas my film, Colombiana is avenging her father's death..

I can go on and on, but I have yet to see the film, so I am unable to determine, if my screenplay was plagiarized and made to look original in nature! All I know is, it is the same exact title and very similar in concept..

So my question is, can I stop this film from being released on the basis of speculation that I was robbed? If so, how do I start a legal process to find out if indeed my story was stolen?

The only thing I have been able to do so far is found out the studios, SONY and TRISTAR Pictures, and the Writers, and directors of the film..

This was my very first professional written script; I was so sure of its future success that I attempted to shoot it myself. I sure hope if they have stolen or borrowed my idea, at least I will be able to collect some money for having inspired it, especially from the millions of dollars they're due to make from the overall gross.

There is a huge buzz about the film, and it is going to do very well at the Box office.. I need to know where to go from here, and if you know any of your colleagues who deal with the entertainment side of the law!

The rest of this email was previously published but it has been removed at Mr. Figaro's request.

« Tonton Nord RIP Tribute Video Shoot, Today, Want to be a Part of it?
Newer Article: