Haitian Filmmaker Kerby Leveille has to shoot his new film Tuff Decizion all over again... The computer containing movie footage got stolen in broad daylight... 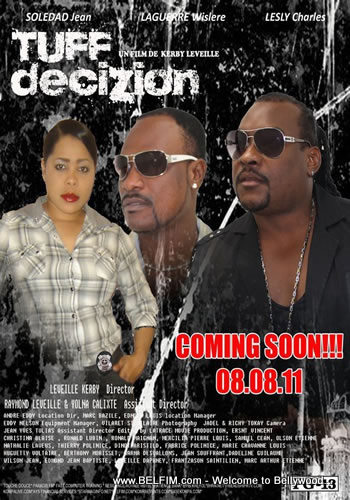 The filmmaker's car was vandalized in a South Florida neighborhood and, unfortunately, his personal laptop along with many others that were supposed to be shipped to Haiti got stolen.

Kerby Leveille was pretty upset when he released the news to Belfim.com. This not the first time... Not long ago, his computer store got robbed and most of his equipments were stolen...

We don't know how much of the movie was already shot and edited but, to have to do it again, that's not fun at all for any filmmaker!

It's a Tuff Decizion! LOL

Stay tuned to belfim for more info about the movie.