Haitian-American-Afropean filmmaker Guetty Felin has done it... She puts Haiti in a whole new list: The Oscars! Her movie "Ayiti Mon Amour" will be competing for Best Foreign-Language Film at the Oscars in 2018. 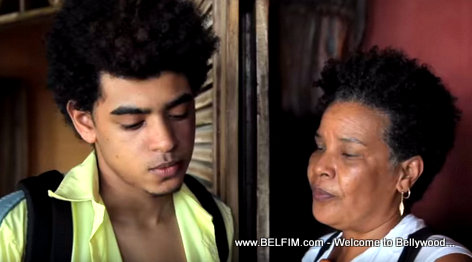 This is Haiti's first ever entry for the foreign film category at the Oscars, according to gulfnews.com

Ayiti Mon Amour - What is the movie about? 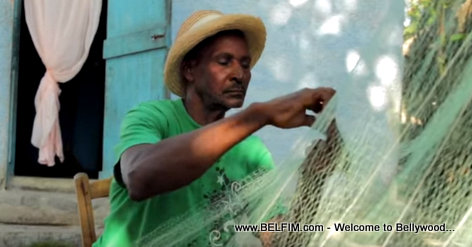 Ayiti Mon Amour is set in Kabic, a small fishing village south-east of Jacmel forgotten by the rest of the world 5 years after the earthquake. It is a portrait of a post-quake nation mourning its dead.

The sea is gaining ground thanks to climate change, Felin's camera shows life moving on, five years after the earthquake.

A teenager, Orphee (Joakim Cohen) grieving his father discovers he has developed a literally electrifying superpower while an old fisherman Jaures (Jaures Andris) who talks to his cow thinks the cure for his ailing wife Odessa can be found only in the sea.

Elsewhere, the beautiful, mysterious muse of a struggling novelist (James Noel) and the main character in his book, becomes restless and decides to leave him and pursue her own life.

And then there are the "rags", empty clothing washing ashore, animated marks of the spirits of the dead.

Interestingly enough, most of the cast of the movie are first time actors and they perform excellently, according to a review from one of the film festivals which screened Ayiti Mon Amour.

Filmmaker Guetty Felin says: "'Ayiti Mon Amour' is a love poem to my native land; a place that I ache for, that haunts me, that frightens and yet angers me, a place that I am fiercely and madly in love with."

For the director, shadowandact.com reports, "Ayiti" was born out of her desire "to make something out of nothing...the desire to no longer be waiting for approval, for funders, for bankable actors."

Haiti Cinema - What happened to Frededic from La Vie Nan Bouk La? He seems to have aged overnight »