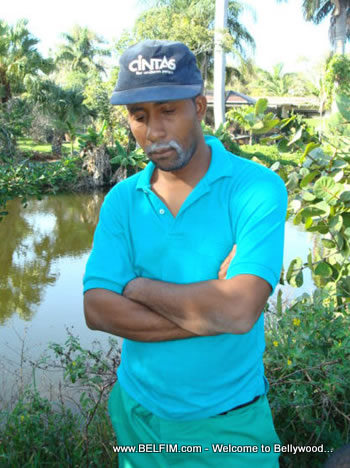 Remo 2 Behind The Scenes pictures
More in Haiti Movie News

Produced by Actor/Director Smith Cassamajor, Remo 2 is the sequel of Haitian movie Remo, a movie that made lots of noise in the Haitian movie market.

If you live outside of Miami and did not get a chance to attend the grand premiere you can certainly watch the Remo 2 Movie Trailer right here on belfim.com

Belfim was not present at the grand premiere although we were expecting to be there. Due to some unexpected inconveniences, we were unable to attend.

belfim.com/pictures.php?p=3441&...Sadly we cannot tell you what happened; however, we would love to hear the opinion of those who were there.

Were you there? Tell us what you think about Remo #2

People in the industry, please hold your criticism, let the public give their opinion.

Someone told me off the record that Smith Cassamajor is a player to watch out for. Apparently, according to the other filmmaker who wishes to remain anonymous, he [Smith] is not here to play games!

"Smith is a cool guy," I replied, "he seems to take what he is doing seriously."

Even though "genyen ti voye monte ki fet nan endistri-a", some filmmakers do take the time to praise others who are doing the best they can with their limited budgets.

This [mutual respect amongst Haitian filmmakers] is a positive side of Haitian competition and something I praise and wish to see more of.

Let's not forget that, with a site like belfim, the world is watching, therefore we have to be careful how we treat each other.

Even though you may need millions produce an epic movie you don't need a dime to be creative!

This comment is for everyone who decides to get into filmmaking.

Well... apparently, Pè Jòj did not learn his lesson the first time, so he ends up in the arms of another young woman. Guess who?

Remo 2 was supposed to be released straight to DVD on April 11 but the Remo team decided to hold back and have a grand premiere instead.

We will try to get our hands on some Remo 2 grand premiere pictures so that we can share them with you.

Stay tuned to Belfim, as we have learn more about the Remo #2 and the grand premiere you will be the first to know.