Haitian journalist and filmmaker Bob Lemoine is Dead... Bob Lemoine died Sunday 08 March 2015 in Miami at the age of 72 following a battle with cancer... Many will mourn his death... 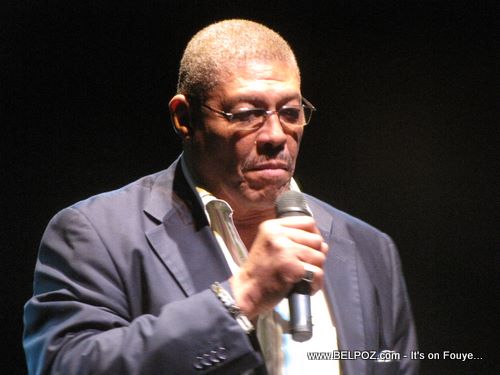 BOB-Victor Lemoine was born in Port-au-Prince, Haiti, in a family where photography and movie was the bread and butter of the daily life.

Bob, in his early age, became a talented photographer and won a prize for the best picture of the year offered by Air France in Port-au-Prince.

One of the co-director in the Radio Metropole project in 1970, Bob Lemoine received a scolarship to study journalism in France and Germany.

Announcer at Radio Canada in Montreal for a brief period of time, he also offered his collaboration to " Le Journal de Montreal" as news writer and at "Montreal Matin" as an electronic scan-o-graver.

Bob Lemoine has been a student of Professor Kent Seidel at North Carolina University, where he received a solid education in journalism and communication. Bob has published a book "La Chronique du temps qui passe 1994), wrote and directed numerous biblical plays in New York from the period of 1995 to 2001.

He directed and produced in 1977 the first feature film in 35mm Olivia , then after "Echec au silence" (The defeat of silence) and lately L'automne en mille morceaux ( Fall into pieces) Produced by Pardovany Productions, selected at the Montreal Black Film Festival in 2010, with a casting of over 30 talents of different nationalities.

Besides being radio and TV newscaster, journalist, movie director, writer, Bob Lemoine has produced from 1988 to 1990 a Television series entitled " Gabel " in 57 episodes, with many others as: Floridiana , another radio sitcom "Zen nan choublak" (Babbling through the bushes) a hilarious comedy based on the political actuality of Haitian life, The ou cafe, Frida-Fredo, Dozado, Filalang, Maswife and many more. (source: rolibob.com)

Our condolences to the Lemoine family...

What do you remember about Bob Lemoine?