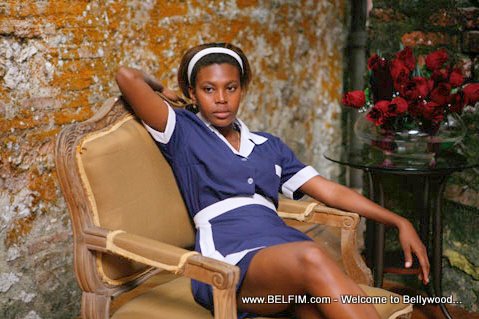 Shot in the North of Haiti at La Citadelle Laferriere, the largest fortress in the western hemisphere, Moloch Tropical was chosen as one of the films for the special presentations line-up for the TIFF and will be running from September 12 to September 19 in Toronto, Canada.

We are not sure how many Haitian actors are featured in the movie but we know that Haitian Hollywood actor Jimmy Jean-Louis is in the movie and also...

Surprise!... Haitian Diva Emeline Michel is in the movie as well...

Off the record... Have you ever read the book of ESTHER in the bible? you should read it... :)

Starring Zinedine Soualem and Sonia Rolland (the first African-born Miss France pageant winner), Moloch Tropical is a movie about a democratically elected President and his closest collaborators who are are getting ready for a state celebration. But in the morning of the event, he wakes up to find the country inflamed and the streets in turmoil.

Stay tuned to Belfim, when we have more info about the movie we will let you know