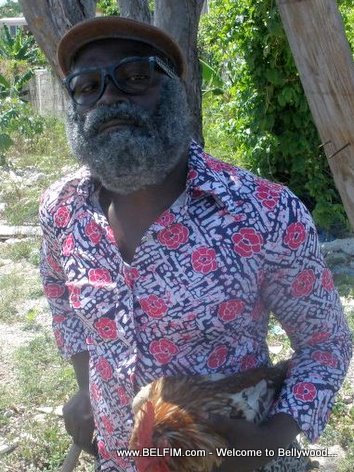 Tonton Nord And His Rooster In Haiti

Earlier reports suggested that the Haitian actor had made it back to South Florida where he resides but these reports are false.

Belfim.com spoke his brother who confirmed that Johnny 'TONTON NORD' Fleurinord died in his hands in Gonaives Haiti as he and the family were making plans to bring him to Port-au-Prince.

His brother also confirm that the body of Johnny Fleurinord is presently at a morgue in Gonaives and they are currently making plans to bring him to Port-de-Paix Haiti, his hometown.

Already, in Port-de-paix, rumors are spreading that Tonton Nord died in or near the city Port-de-Paix Haiti. We even spoke to someone in Haiti who confirmed it as true. These reports are also false according to the brother's testimony.

Stay tuned... If we have any additional information we will share it with you.

Haitian Actors In Shock by the Death Of Comedian TONTON NORD »