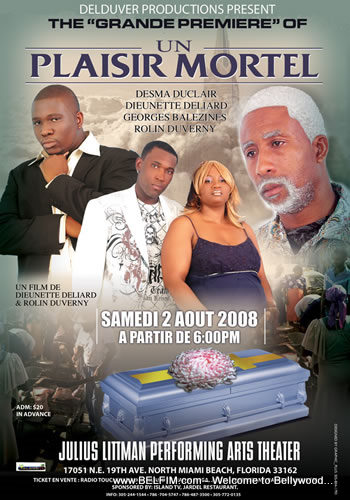 We have the trailer: Watch the Un Plaisir Mortel movie trailer now!

Un Plaisir Mortel is the story of a young and talented Haitian soccer player who uses his charm and talent to seduce women. He eventually gets 5 women pregnant at the same time.

Unfortunately for him, one of the girls' father is a voodoo priest who makes him an offer he cant refuse.

I am presently updating Belfim live from the Dominican Republic and not in Miami but don't worry, As soon as I receive the pictures from the grand premiere I will be sure to share them with you.

Go the grand premiere of Un Plaisir Mortel, come back and post your opinion about the movie