Let me tell you something, if there was more people out there doing what I am doing AND if you took the time to find out who these people are, you would be amazed and you would be very proud of them. 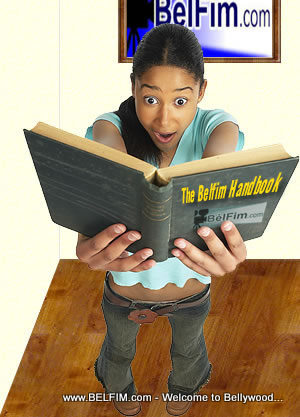 You would spend all day and all night talking about them, reading about them, and one day your kids would want to be just like them when they grow up.

Unfortunately, talent in Haiti is not linked to million dollar mansions, limousines, paparazzi, and an army of reporters who will do anything for a photo. This is not how it happens in our Haiti.

I wish it did because I've met many 'Elvis Presleys', many 'Oprah Winfreys', and many 'Steven Spielbergs' in my lifetime and I've met them right here amongst us Haitians.

My fellow Haitians, our stars live among us, maybe a block away, a town away, or a state away. They eat where we eat, they shop where we shop, they live where we live, and because of that, we regard them as equals.

Let me ask you this question:

There is a Haitian actress in Hollywood who once told me Haitians have no respect for talent. You know, we may never recognize the true potential of all the talents we have because we spend more time proving that there just another 'nobody' instead of recognizing their talent and encouraging them to do better.

I am woodring Saint Preux and I said it.