Resulta is the name of a new Haitian movie currently in production in Orlando Florida. Shooting started over weekend (Sunday) and the movie is directed by Luphete F. Valcourt. You probably know him as "Sifrael". 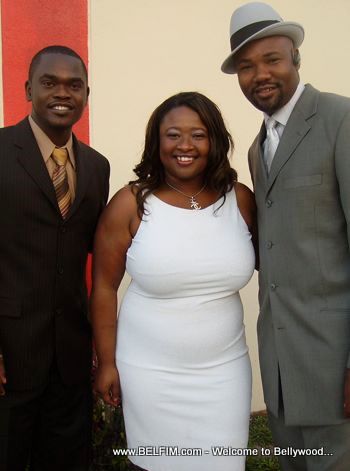 You've seen Sifrael and Papa Piè perform live on stage but you have never seen them the same movie?

Well this is about to change. The only difference is they will not be wearing funny clothes and doing comedy. Resulta is not a comedy.

The last movie in which actor Jean Claude Joseph AKA Papa Piè was wearing a suit instead of a straw hat was The Green Card. he is so well known by his stage name that most of us don't even know his real name.

We are still gathering all the information about the movie and the cast but so far we know that Resulta is a movie that focuses on what happens to a married man when he leaves his wife at home and falls into a world of adultery.

Stay tuned to Belfim, there is much more information coming soon about the movie Resulta.

So far we have some pre-production pictures to share with you. Visit the Resulta photo album to see all of them.

« Mora Junior Etienne, What is he cooking these days?
Newer Article: