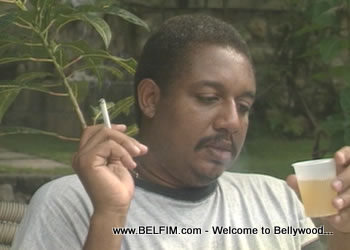 Filmmaker Raynald Delerme was scheduled to go a wedding next week, instead he is going to a funeral.

His son-in-law-to-be dies 10 days before marring his daughter Sabine in a tragic car accident.

This is not a movie script ladies and gentlemen, this is for real!

Raynald, in his own words:

Sabine lives in Georgia. I was supposed to come to Orlando on Tuesday the 2nd to be part of this big event.

belpoz.com/picture-4697Well, I guess I finally got a first hand look at this French saying that I repeated many times:

10 days before the wedding Thomas lost his life in a tragic car accident in Georgia.

As his cousin and he were coming out of an I-Hop restaurant late at night, going back to their home, he lost control of his car as he pulled off one highway to another and rammed into a trailer that was parked on the side of the road.

They both died instantly.

Now instead of coming to my daughter's wedding, I am here for the funeral of her husband to be.

Comes into my mind another French saying, "Que sa volonte soit faite". In a situation like this, I guess this all that can be said."

Sabine Delerme, the bride-to-be who is deeply affected by this unforeseen tragedy, is the second daughter and the third chid of Haitian filmmaker Raynald Delerme.

When Raynald Delerme married Regine Lafontant, back in 1978 they had 3 kids:

Tony (Marc Anthony Delerme) is in film making and acting. He is the star of a new Haitian movie coming out soon called "Birth of An Assassin".

Tatiana Delerme is married and has 2 beautiful daughters. They live in Orlando. Her husband is presently serving his country, The United States Of America.

He is stationed in Germany.

Marie Sabine Delerme graduated from USF in 2005 with a Bachelor of Science degree in Business administration. She works for a National firm with a branch in Georgia where she bought a house.

Raynald in his own words:

"Sabine always told me: 'Dad, I want to be stable and self sufficient before I marry. I wish not to have to rely on a spouse for my personal things.

belpoz.com/picture-4696Also Dad, even though I was born in the US, I am kind of keeping the old fashioned Haitian way whereby, whoever wants to marry me will have to ask my Dad for my hands'.

Well, I got the call from Thomas, whom I have known for over a year as he was dating my daughter.

It took him 45 minutes trying to convince me that he was very dedicated to Sabine and that he wishes I will say yes to him marrying her.

Well, I did say yes and the rest of the story, you know it all.

The funeral is tomorrow Sunday the 31st of August in Alabama. That's where Thomas is from and his parents live there.

When I got the news, I thought that someone was telling me about a movie script. I guess many scripts come from real life stories. Any prayers, please say them for my daughter Sabine because she is going to need plenty of them to get through this."

Mr. Raynald Delerme is a dear friend of mine. My mother always says "Male pa tombe sou bwa, se sou kretyen vivan li tonbe". many times we hope that events like these don't happen to people we know.

On behalf myself, Woodring Saint Preux, on behalf of all our readers, Belfim.com sends his condolences to the Delerme family, the Reed Family, and everyone who is affected by this tragedy.

If you are reading this and you wish to share a few words of encouragement with Sabine, her email is: msdelerme @ hotmail.com