Raoul Peck's new film 'Murder in Pacot' made its world premiere at the 2014 Toronto International Film Festival Friday, 05 September, in the masters section... 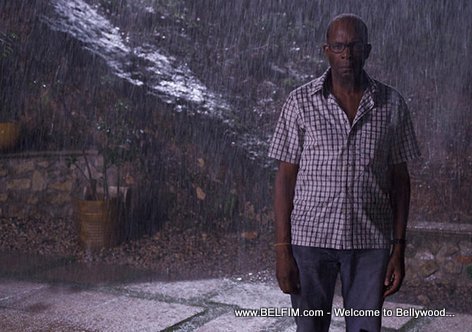 Barely a couple of days after the earthquake destroys most of their villa, a man (Alex Descas) and his wife (Joy Olasunmibo Ogunmakin) are visited by a team of foreign surveyors and given an ultimatum: fix it entirely in a few weeks, or it will be razed to the ground.

The newly penniless couple rent the habitable part of the villa to Alex (Thibault Vinçon) -- a relief worker who benefits from the high remuneration granted to foreign humanitarian personnel in Haiti -- in order to put his rent payments towards repairs.

To their surprise, their new tenant also comes with a Haitian girlfriend, Andrémise (Lovely Kermonde Fifi), a sassy and enterprising young woman who has renamed herself Jennifer to attract foreign suitors in Port-au-Prince.

As the ground rumbles with aftershocks, the once-privileged couple, now destitute and helpless, comes for the first time face-to-face with the stark contradictions of Haitian society.

Chris Rock is a Haitian Hero in "Top Five" »