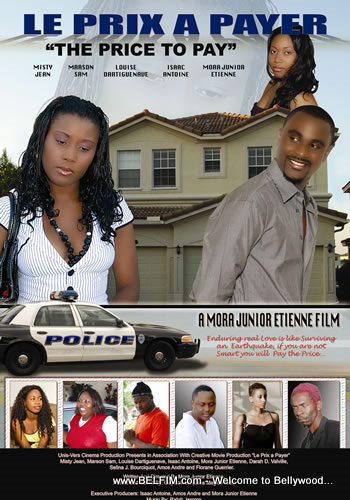 Le Prix A Payer (The Price To Pay) is the name of this new Haitian film by Mora Junior Etienne.

"I'm taking a step back," says Mora Junior Etienne who usually plays the lead role in his films, "I want to focus more behind the camera."

This time Mora Junior Etienne will not be playing the lead character, instead he chose a new totally new cast and he has spent countless hours with them, to train them, and to get them ready before even rolling the camera.

The movie is ready to hit theaters; we don't have a set date as to when Mora will have his grand premiere but we are certain it will be soon.

Stay tuned to Belfim for more information about The Price To Pay.

Eddmaster wow, i really like the designer design the poster and the ways he directed the... see more
Reply · November 05 at 5:55 PM