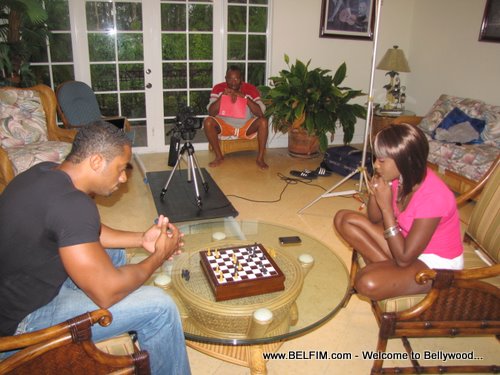 There is another surprise regarding the price of the DVD

This is a new move by the Haitian American Association of Filmmakers to reduce the price of Haitian DVDs in an effort to increase the sales of Haitian movies.

If you want to learn more about this new pricing method take a minute to read Haitian DVD Movie Prices Dropping To $4.99 Retail

is a movie about Papa Pie (Jean Claude Joseph) who pretends to be the biggest Haitian Boko (Voodou priest) in America.

With the help of his partner in crime, Gracie (Jacques Edmond), he accidentally summons a voodoo spirit, Diab Baba (Raynald Delerme), who teaches him and his believers a lesson they will never forget.

Stay tuned to Belfim for more info about Dyab Baba.

Have you seen the trailer?

Baby Love Shooting His Next Movie »