The very first worldwide movie showing of the new Haitian film Matlot #2 will be in the Turks and Caicos Islands September 19th thru sep 22nd. 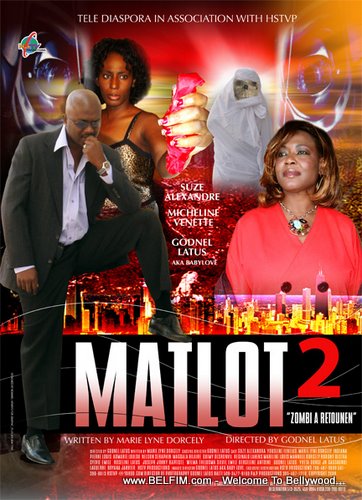 We believe this Haitian movie projection to be a first in The Turks and Caicos Islands, unless there is an objection.

Matlot #2, a new film by Godnel Latus aka Baby Love starring Suze Alexandre, Micheline Venette, and Godnel Latus as Bily, is the sequel of the movie Matlot, a movie about the superstitious dangers of having extra marital affairs.

We have the movie trailer and many production photos for you to see.

According to the email we received from HSTV Production, the production company who produced the movie...

"This is the first time a Haitian movie will be playing in that country. Baby Love said he is proud to represent the Haitian film market industry in The Turks And Caicos Islands.

This is the first Haitian producer accepted to play his movie in that Turks and Caicos Islands."

The next projection, according to HSTVP, will be in The Bahamas.

Stay tuned to Belfim for more info, also check the Haiti Events Database for time and location of movie showing.

« I Love You Anne 2 Is Finally Coming Out!
Newer Article: