Haitian filmmaker Raynald Delerme announced that the Haiti National TV Station RTNH has compensated him for the unauthorized airing of his film "Dyab Baba." According to his press release note, All legal actions againts RTNH has been suspended... 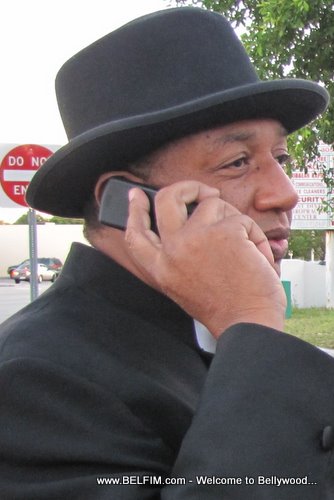 Here is the note, translated from French, released by Raynald Delerme:

Note. I am pleased to inform the general public and all those whose respect for intellectual property and copyright concerns in Haiti, that following negotiations with the General Directorate of RTNH, it decided to adequately compensate me for the unauthorized airing of my film "Dyab Baba" broadcasted on the Haiti public television station (TNH).

I hereby confirm that all legal action at the national, international level and from the Haitian Bureau of Copyright (Bureau Haitien du Droit d'Auteur - BHDA) against RTNH are now suspended.

I congratulate the General Directorate of RTNH who have opted for an amicable solution. This is a big step for Haiti as part of Haitian laws and international conventions signed by Haiti regarding the respect for intellectual property, copyright and related rights.

I encourage BHDA and CONATEL to work towards this agreement to better protect the interests of creators and Haitian artists. (Port-au-Prince, March 19, 2015 - Raynald Delerme)

What do you think about that?