Haitian movie Resulta coming to theaters right after Thanksgiving. The grand premiere will be in Orlando Florida on Saturday, 13 Dec 2008 , it's ready. 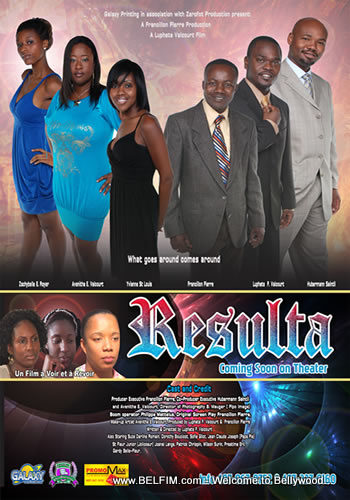 Here are the latest details we have:

What is the movie about:

What happens to a married man when he leaves his wife at home and starts cheating and lying?

The result, or Resulta in Haitian Creole, is what you will see at the premiere on December 13.

We have the trailer, check out!

Watch the Resulta Movie trailer now and find out what this movie is worth waiting for.

Resulta is the name of a new Haitian movie shot in Orlando Florida by Zerofot Productions and directed by Luphete F. Valcourt. You probably know him as "Sifrael".

While the men have only one intention... get in... score... get out... go back home to their lovely wives like nothing happened, The girls have other plans.

It's very possible that Belfim might be there at the grand premiere in Orlando. Stay tuned to Belfim, we will let you know.