Forgiveness Movie Premiere, Another One The The History Books 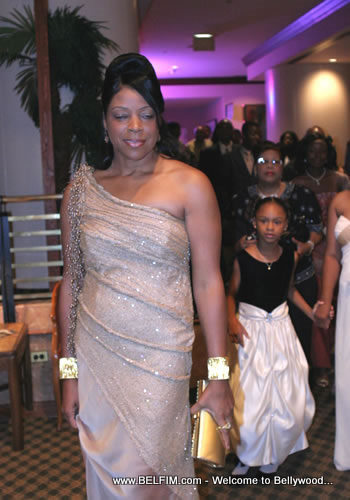 We spoke to filmmaker Benedict Lamartine and we have to admit...

He is a happy man!

All the Forgiveness Movie Premiere Photos have been posted on Belfim.com

Eye witnesses say that the movie Forgiveness is a great movie; "a story about a Christian family in peril, a movie that everybody can watch".

One media personnel who attended the event, and who is unrelated to the Forgiveness team, told Belfim in a phone conversation that Forgiveness is a great movie.

belfim.com/picture-5286"The story flows and keeps you on the edge from start to finish," he said, "I truly believe that director Samuel Vincent did a better job in this movie than his movie 'Natalie." (a clear sign of 'evolution', we would say)

There were complaints on Belfim regarding the $100 admission price. We are happy to report that the Forgiveness grand premiere had a full house.

Many people who attended the premiere wore designer clothes and everyone who were there truly understood the concept of 'class'. According to filmmaker Benedict Lamartine the event went 'beyond expectation.

Here is a statement we received from Angeline Moreau about the Forgiveness grand premiere:

The event was hosted by Valerio Saint-Louis, was a $100 per person, and was a formal affair. The room was filled with people, and the event was rated a "Five Star Event."

The event began around 7:00 PM with opening prayer by Father Emil Cyprien of the Holy Innocent Church in Brooklyn New York, proceeded with live classic musical prelude by a well known Saxophonist, Jude Gonzalez, known as the Haitian Dave Koz.

The "Cocktail Hour" was graced with the Charming voice of the one and only singer/keyboardist Philippe Pierre, also known as the "The Haitian Stevie Wonder" said Valerio Saint-Louis, during which time the guests were socializing, eating, and enjoying themselves which added significant spice to the night.

belfim.com/picture-5262Around 8:00 PM, two Hummer Limousines and one Stretch Limo pulled in front of the Ramada Plaza Hotel to the flashing cameras of Haitian "Paparazzi' simultaneously, as Valerio said.

Appearing on the red carpet were the movie cast/crew:

The guests waited in exuberant anticipation. The room was filled with laughter and joy as the people were anxiously waiting for the grand entrance of the movie stars.

belfim.com/picture-5309Around 8:30 pm. the moment we all have been waiting for.

The Haitian stars made their grand entrance; Valerio Saint-Louis made the introductions to the audience as they filled the room with overwhelming applause.

belfim.com/picture-5324The meal and deserts were exquisite as everyone ate while listening to the relaxing compositions by Saxophonist Jude Gonzalez, the Haitian Dave Koz; Singer and Keyboardist Philippe Pierre, le Pere Cyprien who sung "You Raise me up" by Josh Groban " Ou Leve'm Wo."

To spice things up, as a surprise to everyone, Valerio called Rosiny Deronette, Ricardo Lefevre, and Kompe Dagriyis (Jean Renel) on stage for a solo stand up Comedy routine.

These three gentlemen had the crowd on their toes with laughter as they waited in anxious anticipation for the movie screening to begin.

The setting was excellent, the movie was "EXTRAORDINAIRE," and the audience was overwhelmed with emotion by the remarkable message relayed by the film.

The movie "Forgiveness" teaches us to make forgiving part of our daily lives no matter what the circumstances should be.

belfim.com/picture-5318We learn what life is all about unconditional love that will always bring us back to the teaching of God and forgiveness.

We learn how to love unconditionally, and forgive unconditionally. It also teaches us how to Love God with all our hearts, souls, minds and strengths and the most important one is to love our neighbors as ourselves.

Levanjil TV.com. among many others who attended the event and broadcast it live said:

"The film was tremendous and we congratulate Benedict Lamartine and his staff for a job well done.

The crowd was very happy and cheerful at the end of the film. Overall, the film was a total success."

What's next for Forgiveness?

We spoke the the producer; soon the Haitian community in south Florida will have a chance to see the movie.

Stay tuned to Belfim for more info but in the mean time, check out the Forgiveness Movie Premiere Photos and watch the Forgiveness movie trailer and find out what the movie is all about.

Name (required) E-mail (required, will not be published)
Subject: Forgiveness Movie Premiere, Another One The The History Books edit