Shooting begins on the movie DYAB BABA, an new movie by Raynald Delerme. 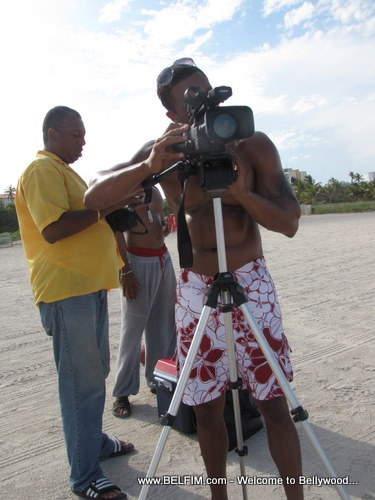 The first scenes were shot on May 20th in South Beach Florida. Belfim was on the set and I have to tell you, it was exciting!

Take a look at this picture...

We have lots of pictures to show you but I am kind of in a rush right now...

I am about to join Raynald Delerme and the cast of DYAB BABA for day 3 of shooting at another location in South Florida.

I spoke to one of them behind the scenes yesterday and he told me "I used to watch Papa Pie (Jean Claude Joseph) and Baba (Raynald Delerme) on TV when I was a kid. It is such an honor to play a role such a movie playing side by side with these legends."