What is the difference between a great Haitian movie and a cheap Haitian movie? Let me tell you what is going on... 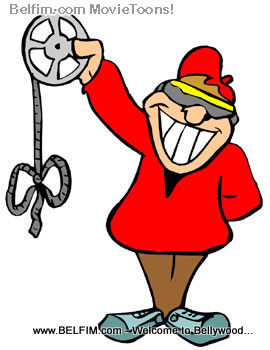 I have been hanging out with all the Haitian actors, filmmakers, and movie distributors in South Florida for the last two weeks and I think I understand why you, the consumer, are complaining about the quality and content of Haitian movies.

Before I do the fingerpointing and tell you whose fault it is, let me try to explain to you what is happening and why buying Haitian movies is like shopping at a dollar store.

Most of the Haitian actors don't get paid when the appear in Haitian movies. It's hard to swallow but it's true. They want to be actors, it's their dream, they love it, they do it.

You may be asking your self why are they not getting paid.

Well the problem is...

Like the actors, Haitian filmmakers too have a day job, only a few of them survive by making movies.

I say survive because there are no Bentleys and Ferraris in Bellywood, and I have never been to an ocean side million dollar mention owned by a Bellywood filmmaker with a yacht parked outside.

Some Haitian filmmakers have the capability, the will power, and the knowledge, to make great movies but there is one problem...

Who are the distributors?

A Haitian movie distributor is no more than a mom and pop store owner who sells Haitian CDs and DVDs in a little corner store.

They are not big corporations, they don't have a marketing team to do research and development.

It's a one man show and most of them will stay that way because Haitians in general have the "Kenkay" mentality, they create a tiny business and they run it until they die.

They had no intentions of benefiting the great good anyway, If you think they did, believe me, it's by accident, they only built the business to survive.

I don't mean that in a bad way, that's what a self-employed man does.

This brings me to the topic of the day...

In the beginning of the article I asked the question:

The answer is the problem:

Filmmakers need a bigger budget to produce a better "low budget" movies ($25,000 or more), The distributors are only willing to pay peanuts ($5,000 or less) for a finished movie and most Haitian business men and women do not believe in branding they products in a movie which means the film maker does not make any money from product placement.

When you see someone drinking coke in a movie, you don't think it's there by accident do you?

When was the last time you saw a Haitian product featured in a Haitian movie?

If you did I guarantee you they didn't get paid for it. that's because Haitian filmmaker have the tendency of placing the product first and then contacting the product owner.

I have to finish my article because I have to checkout of my hotel room in a few minutes...

The solution lies in the hands of you...

Until more of you, the consumer, continue to consume Haitian products,

until more of you continue to support Haitian businesses,

the distributors will never pay more than $5.000 for a movie, the filmmakers will never make a better "Low Budget" Haitian movie, and the actors will never quit their day jobs to focus their acting career.

All the good ones will move out of the Haitian community and make more money else where, and we will be stuck with mediocrity as usual.

With everything that I just said, I am only focusing on a "Better Low Budget movie" not even a blockbuster movie... those cost millions to make...

I am Woodring Saint Preux and I said it.