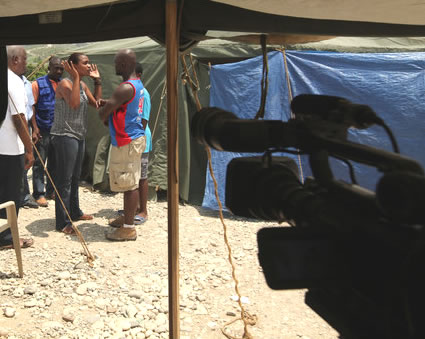 Under The Skies, Haiti Soap Opera
Titles: Under The Sky
Names: Lionel Benjamin

Here is a picture taken during the shooting of Under The Stars, a Haitian soap opera, as it was being filmed last month at the Caradeux Camp.

Hi, my name is
Lionel Benjamin